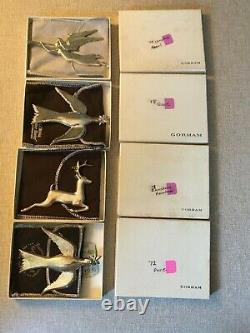 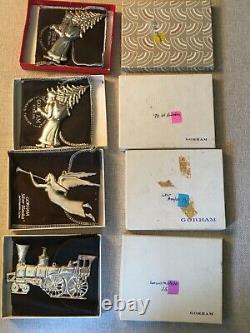 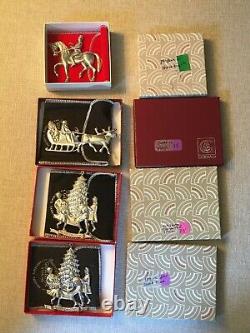 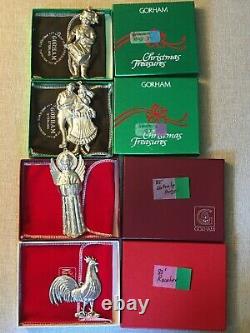 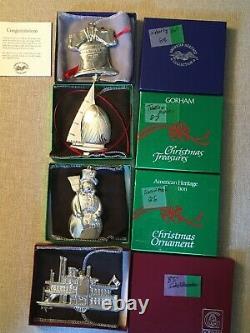 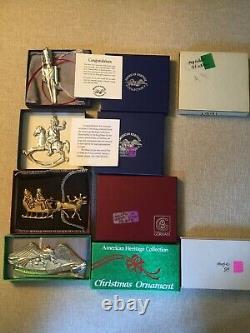 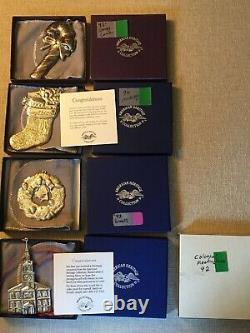 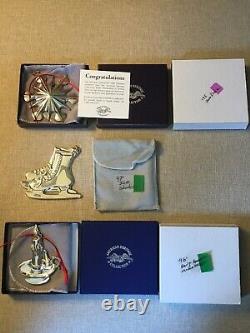 34 - 1997 Ice Skates " " New England Sterling Inc. 35 - 1998 Snowflake " " New England Sterling Inc. The historic American Heritage series issued from 1972 to 1998. This series originally started with the Gorham Co. The 1981 issued by Kirk Stieff and the remaining issued by The New England Sterling Co. Over the years only three prominent sterling silver companies have participated in the design and manufacture of the ornaments. Please feel free to ask me any questions or request additional photos. If I have made any mistakes in my listing or if you have additional information about the collection, please contact me, I appreciate feedback. The item "American Heritage Collection, Christmas Ornaments All 35 pieces!